For decades, Mamaroneck’s Civil War veterans were presumed lost – no one remembered them or their sacrifices. But on Sunday, February 5th at 3:00 pm at the American Legion Post 90 in Mamaroneck, John Jay College Professor Ned Benton will present newly recovered information that begins filling some important gaps in our local history. 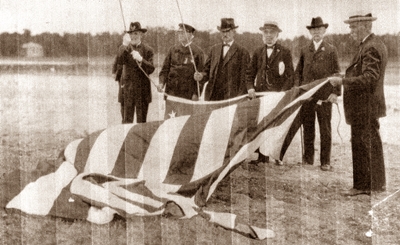 In 1917 Civil War veterans are honored at Harbor Island Park in Mamaroneck. Third from right is John O’Neal who served in the U.S. Navy during the Civil War aboard the U.S.S. Malvern, President Lincoln’s flagship of the North Atlantic Blockading Squadron.

Professor Benton began his own research wondering: Why is there no memorial to Civil War veterans in Larchmont or Mamaroneck? The villages had yet to be incorporated, but in the 1860s, the Town of Mamaroneck was a thriving community. J. Thomas Scharf explained in an 1886 history; “I regret much that there is no reliable official record accessible of the names of men, bona fide residents of the different towns in the count, who enlisted therefrom and died in the service.”

“That is not the case anymore,” says Professor Benton, a member of the Historical Fire Company.

Using rediscovered documents in Mamaroneck Town and recently digitized military records available on the internet, Professor Benton and the members of the Historical Fire Company have been able to learn much about the local Civil War soldiers, retrieving 62 names.

He credits Mamaroneck Town Clerk Christina Battalia and her staff for their assistance in finding important old files. They found the town’s original record of the 1862 draft that listed all eligible young men, including those who had already enlisted.

Professor Benton’s presentation on February 5th will focus on three infantry regiments of “Fire Zouaves” (the NY 5th, 11th and 73rd) consisting mostly of volunteer firefighters from New York City and the surrounding area, including Mamaroneck. 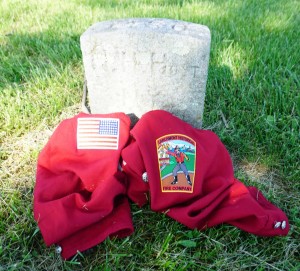 We will also learn about John O’Neal who served in the U.S. Navy during the Civil War aboard the U.S.S. Malvern, President Lincoln’s flagship of the North Atlantic Blockading Squadron.

The program will honor these and others whose service and sacrifice can now be appreciated.